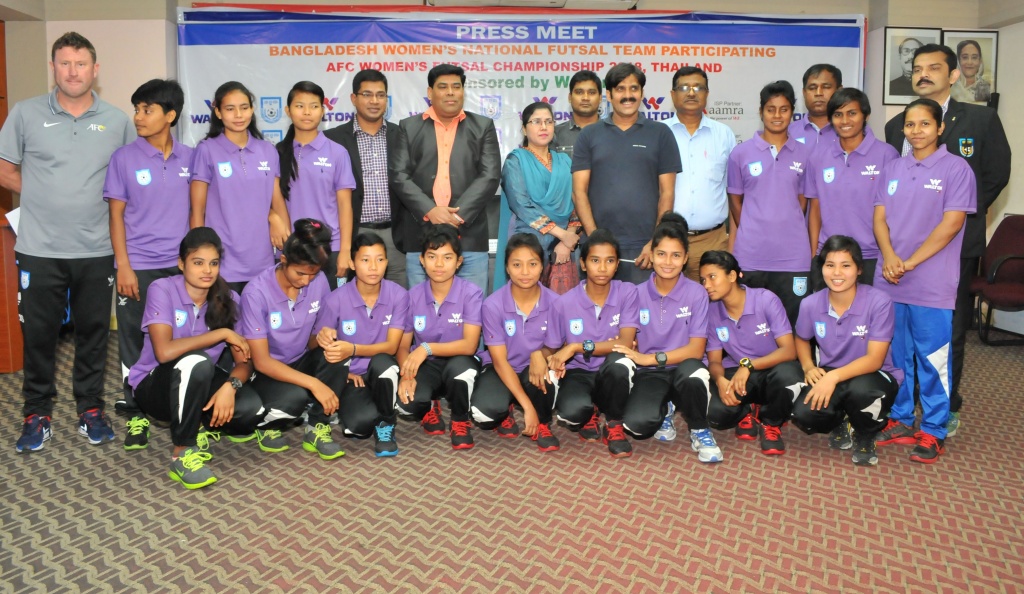 This will be Bangladesh’s first ever participation in such a tournament.

However, the team is confident about putting up a good show in the tournament consisting of top 15 Asian women’s futsal countries.

In a press conference on Sunday, the players and staff of the team talked about the team’s prospects of the tournament.

Skipper Sabina Khatun said that the team wants to keep working to execute the coach’s instructions on pitch and try to get the best possible result out of the matches.

Speaking about the team’s aim in the tournament, Sabina said, “We are in a strong group consisting of Malaysia, Vietnam and Chinese Taipei. However, our primary target is to overcome the group stage.”

“This is the first futsal tournament of this magnitude for us. We’ll try to gain all the experience we can and work on them in days to come,” she added.

Speaking about the team’s strategy for the tournament, Sabina said, “It all comes down to the work ethic. We attack when we have the ball and press the opponent when we lose it. There’s no room to rest.”

Head coach Golam Rabbani Choton and National Technical and Strategic Director Paul Thomas Smalley are positive about the team’s prospects in the tournament.

Paul Smalley said, “Even though it seems like a new introduction to the team, in reality, it is not. The players of the elite women’s residency camp have always had futsal training during everyday sessions. It’s just another tournament in the process of the players to grow.”

“For this specific tournament, the team had an extra daily practice session in the handball court for the last couple of months or so just to get the players tuned up for the competition. The players have responded well and we are confident about the team doing well in the tournament,” he added.

Centreback  Masura Parvin reiterated Paul’s statement saying that futsal is nothing dramatically different than football but just more fun in a shorter amount of time.

“Only five players play on the pitch and there’s very little space. Everybody has to participate in all aspects of the game. Stamina is very important in futsal,” opined the tall defender.

“We’ll try to give our best. We’re not thinking about the rest,” she added.

“There’s no time to waste even if you are leading. Anyone can score at any time. So, you have to keep going till the final whistle,” she said.

“We’re still relatively new to this format of the game. But we’ll do our best to carve out positive results,” Sheuli concluded.

The 11-day tournament begins on May 2.

Bangladesh will lock horns against Malaysia in their first match of the tournament on the opening day at 6:00pm local time (5:00pm BDST) at Bangkok Arena, Bangkok.

Here is the full fixture and the contingent list of the tournament. 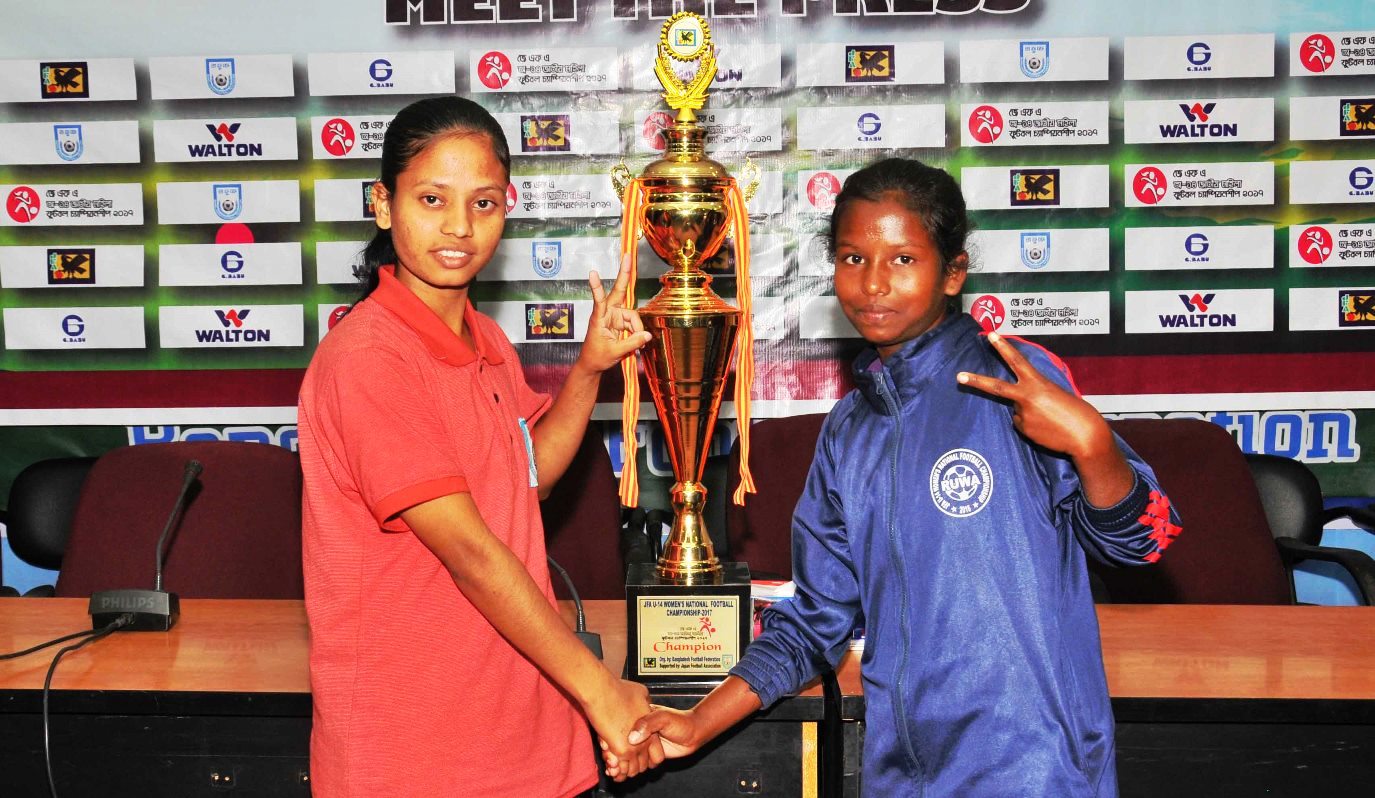 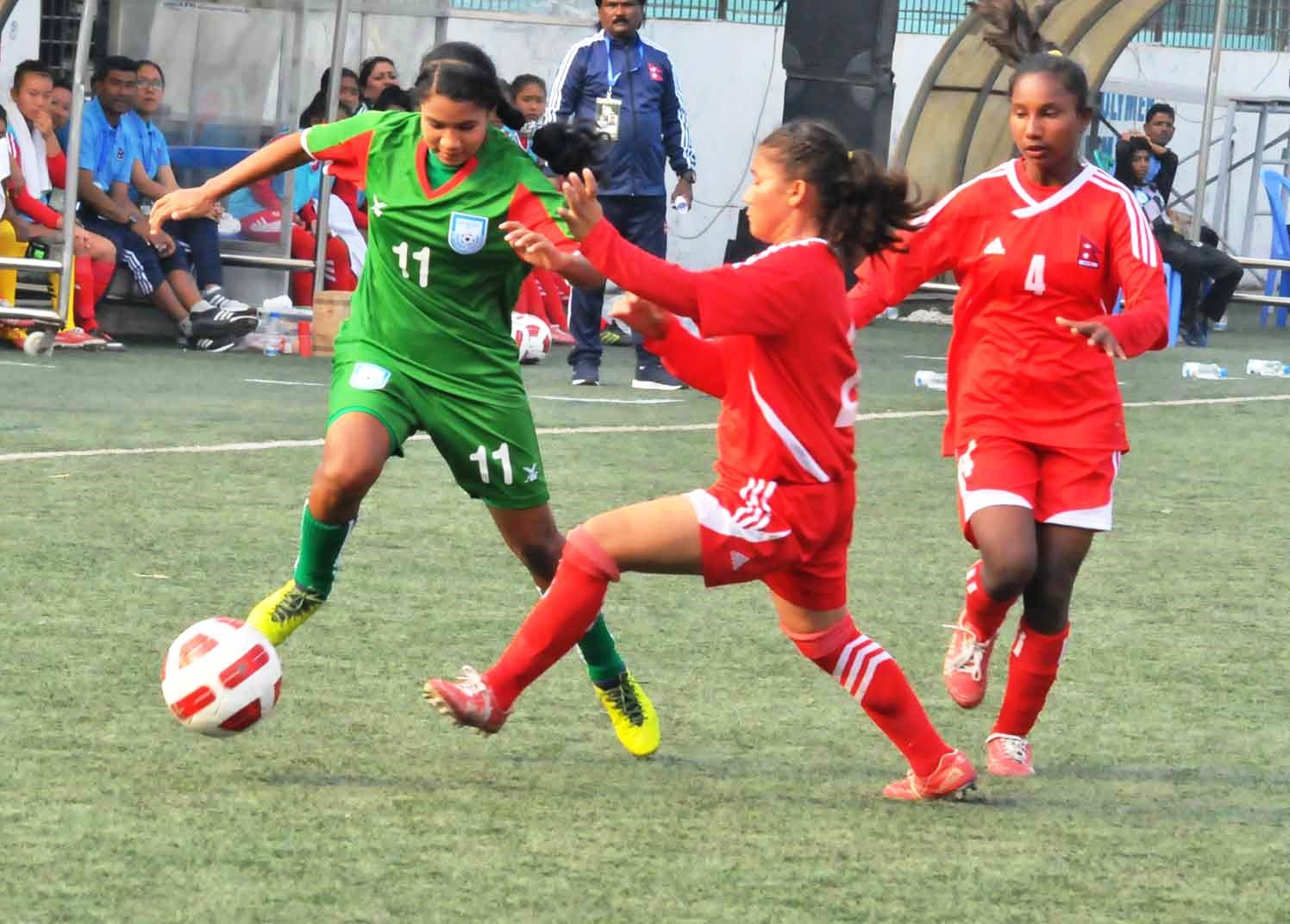 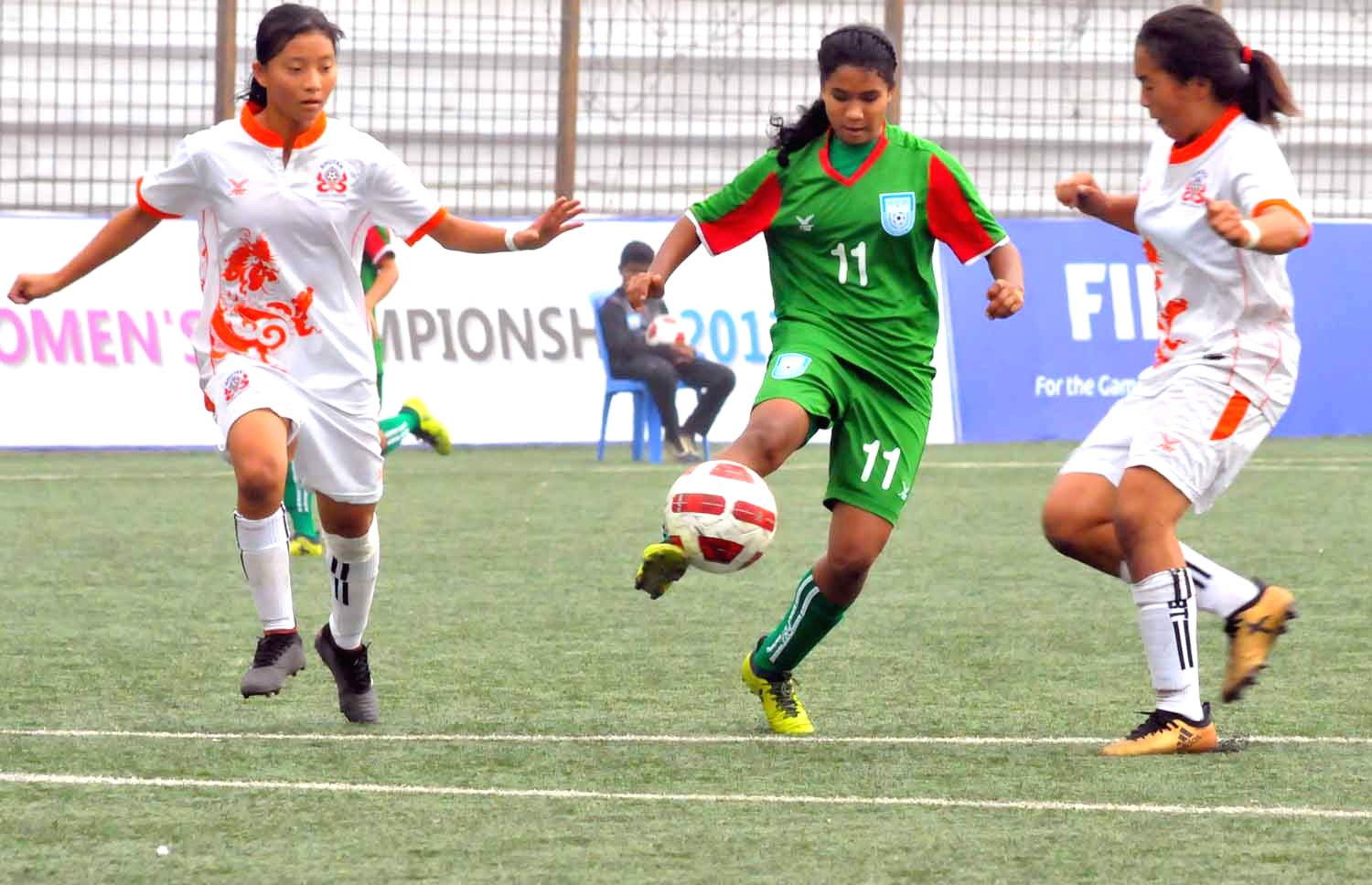