Salahuddin was born in an elite family on 23 September 1954 in Dhaka, East Bengal. Salahuddin enrolled in BAF Shaheen College and became involved in athletics there. While Salahuddin was in seventh grade he was selected for his school football team and was the youngest member of his team. In 1968, Salahuddin started playing cricket for Azad Boys in the Premier division cricket league. Later that year, he joined the second division football club, Dilkusha Club, at the request of his sports teacher. Following a troublesome period, Dilkusha Club won the championship that season and were promoted to the premiership. The next year, Salahuddin left the Dilkusha Club to join Wari Club, which was a renowned club during that period. In 1970, he joined Mohammedan Sporting Club, the leading club of East Pakistan. Mohamedan was the main rival of Abahani, the club that he spent most of his career

The start of 1971, Salahuddin went to West Pakistan to play in the regional championship for Dhaka. After the tournament he was called to join the camp for the Pakistan national football team. He came back to Dhaka on 20 March but was only in the country for five days when a planned military pacification carried out by the Pakistan Army to curb the Bengali nationalist movement in erstwhile East Pakistan called Operation Searchlight started. His family wanted him to go to London as Salahuddin wanted to take part in the Bangladesh Liberation War. His father agreed and he crossed the border to reach Agartala where he joined the training camp for the guerilla soldiers. In 1971, he heard about Shadhin Bangla Football Team, a team of Bangladeshi football players who played in India to raise money and awareness about the war, from a photo journalist. The journalist, from Kolkata, convinced him to play for the team and explained to him the importance about growing public support for the war. Salahuddin decided to play and went to Kolkata on a Cargo Plane of the Indian Air Force. In Kolkata, he met with many of his teammates from Dhaka and played his first match for the team against Mohun Bagan, a top team from Kolkata. For diplomatic reasons Mohan Bagan used the name 'Goshtya Pal XI'. Pal, a central defender nicknamed 'the Chinese Wall' had played with great distinction for Mohan Bagan in the early part of the 20th century. Pal was originally from Faridpur, now part of Bangladesh.Salahuddin carried on to play in different parts of India with his team to raise money and create public support for Bangladesh.

Following the independence of Bangladesh, Salahuddin came back to the country. Sheikh Kamal, the chief patron of Abahani, asked him to join the newly formed club, which later became one of the major club in Bangladesh. Salahuddin refused and told him that he would only join if the team was strong. Later, Kamal managed seven national team members and Salahuddin joined them. In the meantime, he played cricket for Azad Boys and made his career best score of 94 runs against Abahani. Eventually he decided to focus more on soccer and refused a call from the national cricket squad.

He was a regular scorer for the sky blues. He was the highest scorer in four seasons that was in 1973 when he scored 24 goals, in 1977 with 14 goals, in 1979 with 14 goals and in 1980 Dhaka league with 15 goals. Throughout his Abahani career he had great understanding with the attacking midfielders. Nannu, Amalesh Sen, Khurshid Babul and Ashish Bhadra provided him with plenty of assists. Also,his combination with left winger Ashraf Uddin Ahmed Chunnu served both the club and then national team greatly for almost a decade.

In 1984, at the peak of his form, Salahuddin decided to retire from football. His two goals in the last league match against Brothers Union brought him the title.

Salahuddin made his International debut in football at Malaysia in 1975 at the Merdeka Cup. At the end of the tournament he and his fellow players came to know about the Assassination of Sheikh Mujib. Coming back to Dhaka Salahuddin saw Abahani devastated and decided to leave the country. So he accepted the proposal to play at the Hong Kong League. There he played for Caroline Hill FC for one season. He came back after playing a solitary season and rejoined Abahani. Kazi Salahuddin is the first ever Bangladeshi Football Player to have a Foreign Football Club Appearance as a Professional Football Player in Bangladesh Football History.In total he made thirty official appearances for the national team and scored 10 times in 1973 he scored against Thailand and also against Singapore. In 1975 merdeka football tournament he scored against hong Kong,Thailand and against Myanmar. In 1979 Asian cup qualifiers he scored against Qatar in a 3–1 loss but ended up scoring the winning goal against Afghanistan in a 3-2 win which saw them qualify for the 1980 AFC Asian Cup. In the main tournament he scored a goal against North Korea in a narrow 3–2 loss. He also scored a hattrick against Malaysia. 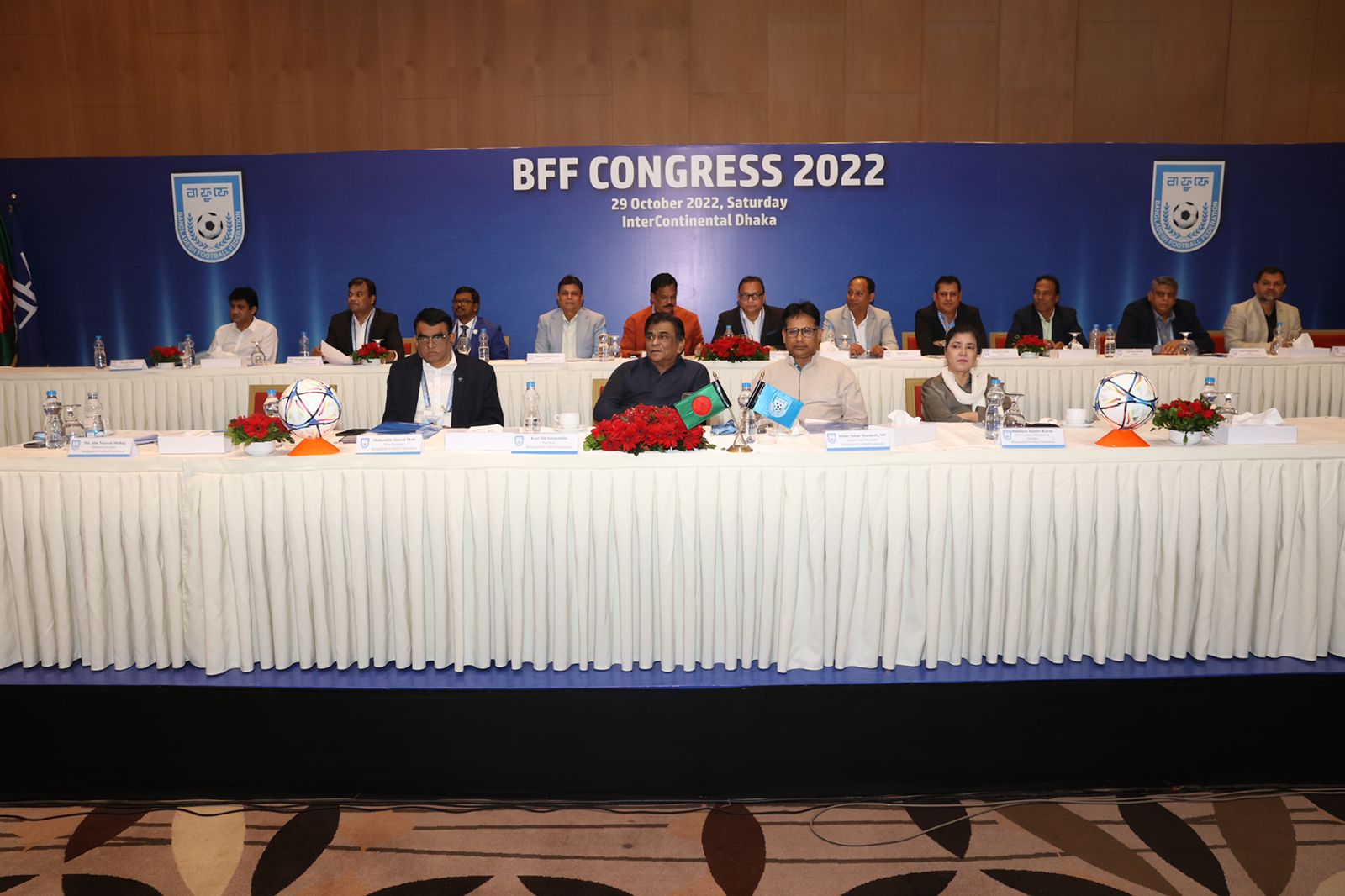 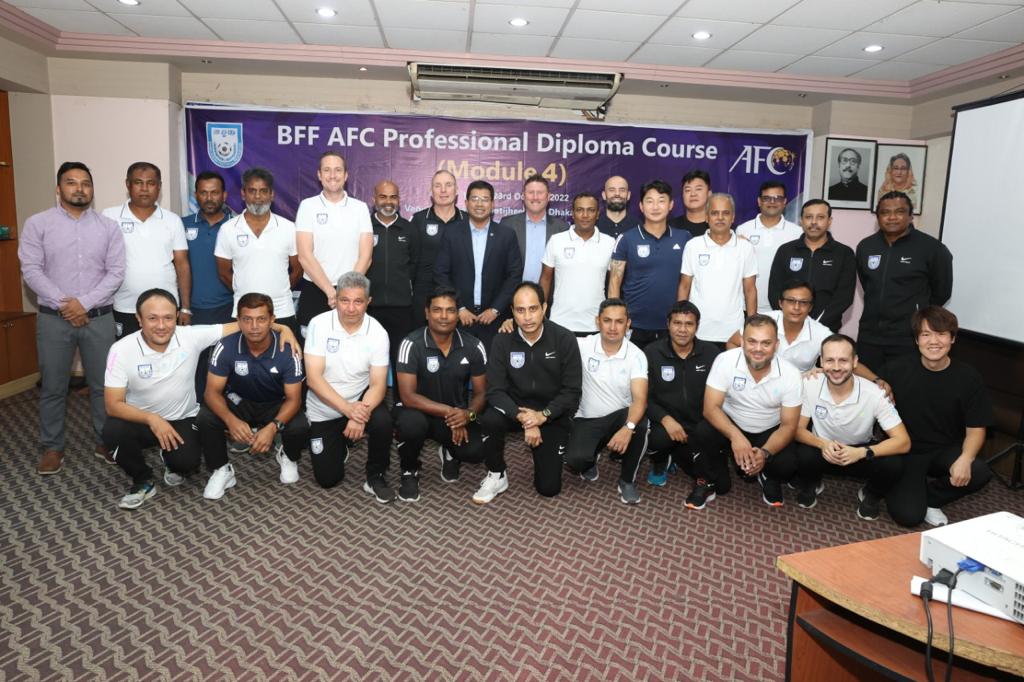 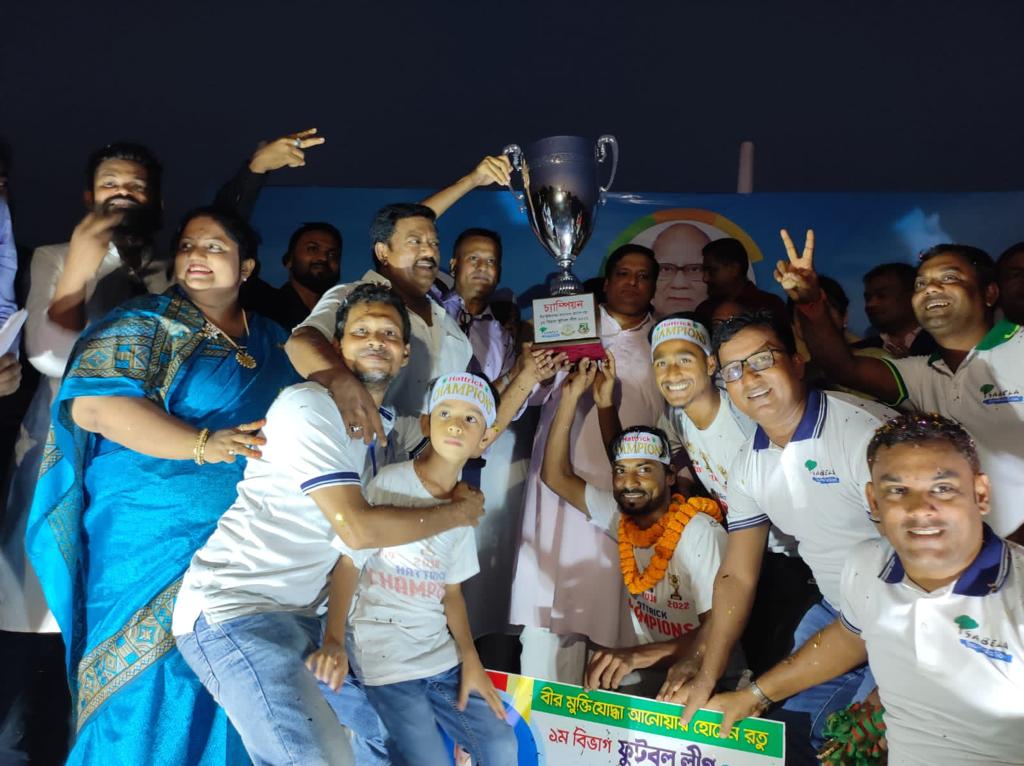