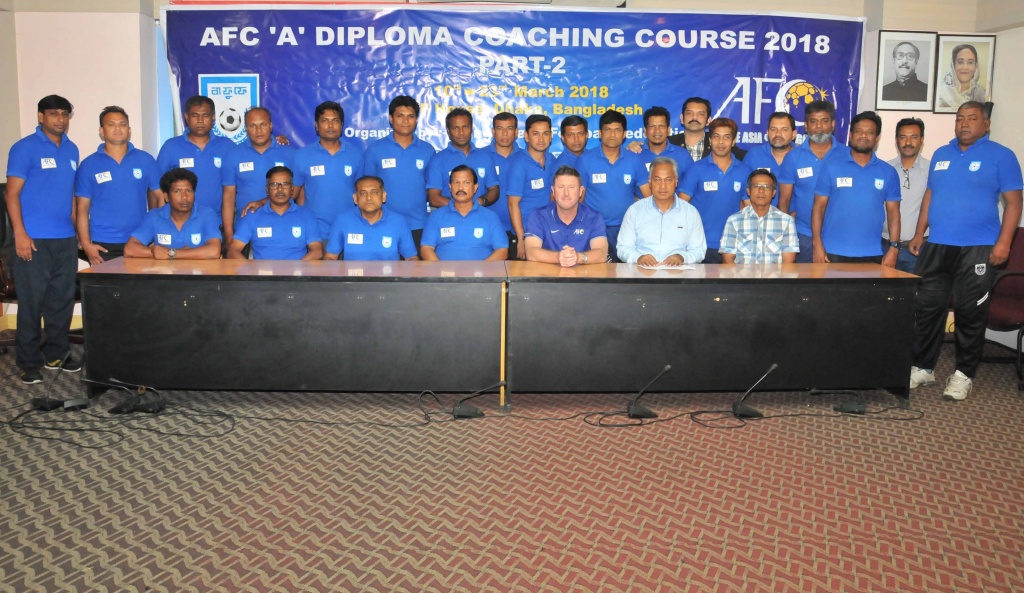 Dhaka, March 24: The BFF AFC ‘A’ Certificate Diploma Coaching Course 2018 came to a successful completion with the ending of the second phase on Saturday.

The closing ceremony of the ‘A’ Diploma course was held at the BFF House in the presence of National Technical and Strategic Director and course conductor Paul Thomas Smalley.

The second phase of the ‘A’ diploma course began on March 10 with full participation of the student coaches.

Notably, the second phase of the ‘B’ diploma course was held from February 24 to March 5.

Both the ‘B’ and ‘A’ certificate courses were well attended with full contingent.

Both courses were represented with students from all part of Bangladesh. All are working in the game at various levels. BPL and BCL coaches from last year were also present.

Paul Smalley said that the candidate coaches completed two parts of the course being exposed to a range of modules in line with the AFC Course Competency model.

Candidate coaches have also been exposed to a range of in and post course tasks which have been research and evidence based, practical session coaching and coach observation, he added.

Mahbub Alam Paulo, a participant of the course, said that this type of coaching education is unprecedented in Bangladesh’s football arena.

“From our language and attitude technical excellence, we are learning everything from this course. This will help us grow as better coaches in the future,” said Paulo.

Hailing from Bogra, Md. Shahidul Alam Shapon participated in the course to build himself as such a coach who could give proper guidance to players at the grassroots level.

Talking about his future plan, he said that he would now sit with Bogra district football association and discuss the possibility of establishing a proper football academy there.

SM Asifuzzaman (Asif) who did ‘C’ Diploma under UEFA, took this wonderful opportunity to earn his ‘A’ Diploma sitting at home.

He said that with new, constructive and realistic ideas, the distance from paper to the pitch has decreased dramatically. Upon achieving the ‘A’ Diploma certificate, Asif plans to move to the US to add more credentials to his coaching CV.

Abdul Kayum Sentu is a BPL coach who took part in this course to better serve the country’s top flight football.

Finishing the last BPL as Arambagh’s assistant coach, Sentu has already signed a contract with Muktijoddha Krira Chakra to lead the team as their head coach next season.

Sentu believes that completing the ‘A’ Diploma will equip him to guide his players in the next BPL.

Meanwhile, course conductor Paul Smalley said that finishing these courses and handing out certificates is not the end of it.

In line with the BFF’s plan to build better coaches to produce better footballers, the BFF will keep these certified coaches under constant monitoring.

Following the ‘B’ and ‘A’ certificate courses, all the students will have post course tasks to do and practical coaching session practice.

Tutorials of support on a consistent basis will be arranged for all students throughout this process.

Workshops will be organised to understand the progress of the students.

Paul Smalley said that the BFF must conclude the development of their coach education scheme through AFC under their fresh new coaching convention. This process is ongoing and the BFF have already submitted their proposals and proposition.

However, the BFF will continue to develop additional coaches as part of their coach education scheme, with a new brand of youth and positional specific courses planned for the future.

The coach education scheme must be linked with the development of national teams and youth development, said Paul.

The National Technical and Strategic Director stated that the scheme portrays the BFF’s commitment to a national playing philosophy and change to the coaching culture.

Notably, to continue the process of training new coaches, the BFF will organize a ‘C’ Certificate Coaching Course from April 3.

After that, the BFF will arrange a Goalkeeping Level 1 course which will begin from April 25.

Dean May from Australia will conduct the goalkeeping course, said Paul Smalley. 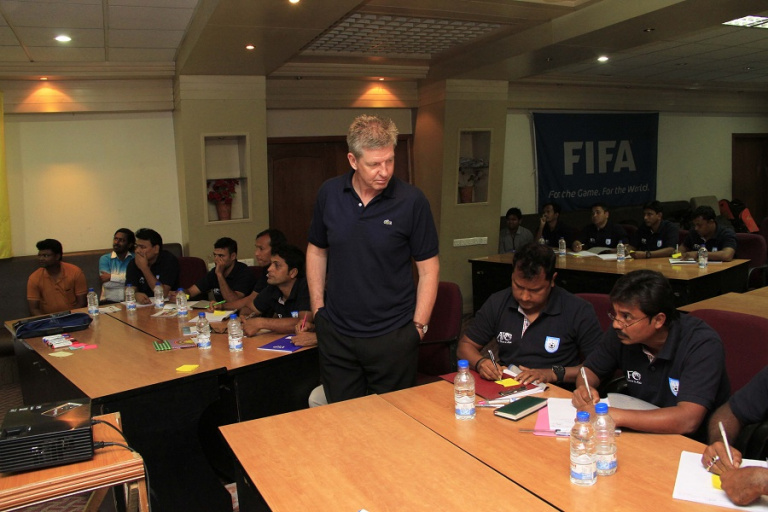 Dhaka, May 16: A 6-day goalkeeping course for coaches ended on Monday with the participants... 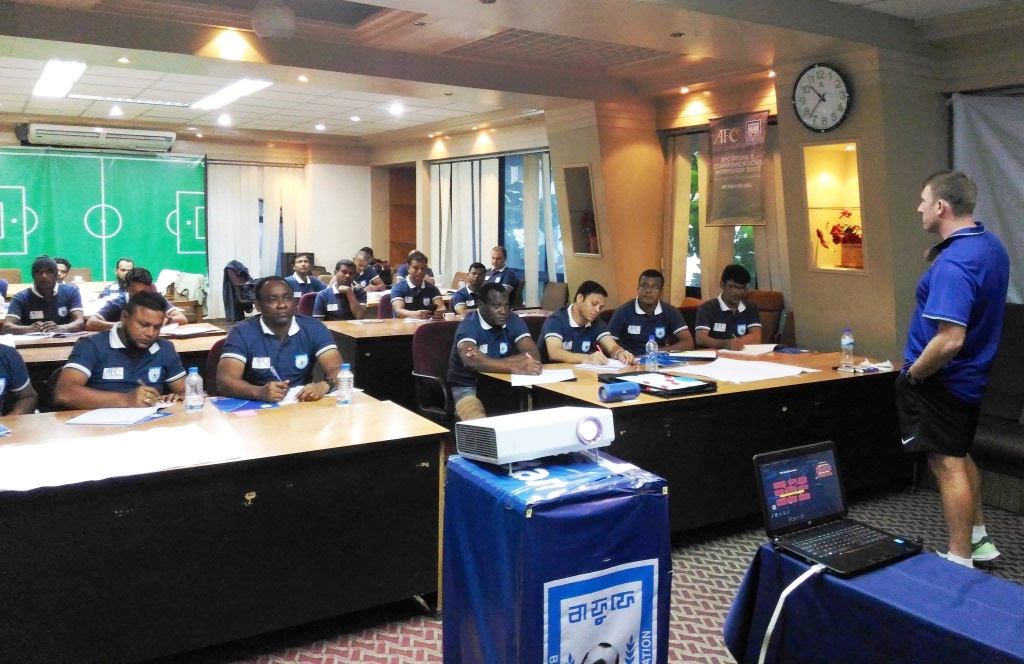 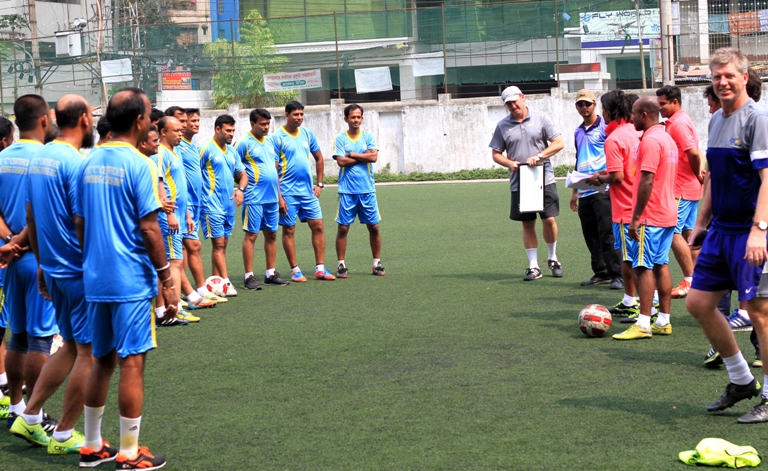 As part of Phase 3 of the BFF Football development plan, BFF will focus on engaging... 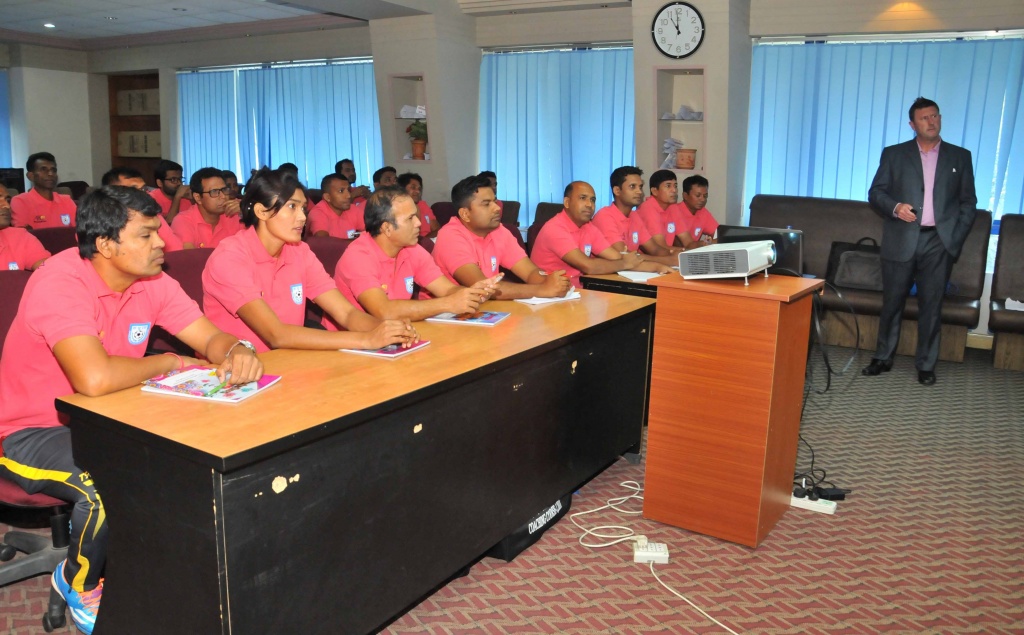